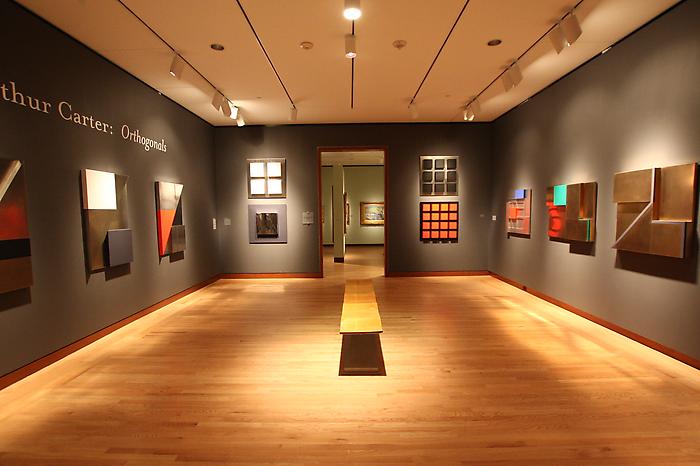 Carter did not come to art via traditional means; in fact, he boasts a tremendous amount of experience in a wide range of fields. He was trained as a classical pianist, earned a degree in French literature from Brown University, served in the U.S. Coast Guard, earned his MBA in Finance, followed a 25-year-long career in investment-banking, founded and published two newspapers, taught as a professor at Iona College and New York University, and has been and continues to be a business owner in multiple companies.

Featured in this exhibition are seven examples from the Orthogonals series and nine other related reliefs and works on paper created between 2008 and 2010 that exemplify the artist’s fascination with number theory, color purity, and minimalist logic and process.